Cargo flights maintain a long tradition in the history of aviation. The purpose of the first civil aviation flights was to carry cargo and mail, long before passenger flights. Cargo pilots enjoy the privilege of the unconditional freedom that aviation offers and a special relationship with the aircraft they fly without having to worry about passenger needs.

Cargo as a subsidiary of Olympic Aegean Virtual Group was inaugurated on March 2006 by a small group of friends that loved to fly cargo worldwide. Their main goal is to maintain a high level of professionalism, without neglecting the need for having fun.

If you wish to experience cargo flights like never before and feel ready to face all the challenges presented, Cargo welcomes you.

For anything regarding Cargo, contact the division's manager at cargo@oav.gr

View the Fleet of Olympic Airways

View the Hubs of Olympic Airways

How does it work?

Cargo uses the same financial model used by OAV's Charter, Airlines, Executive and Supersonic. Olympic Cargo successfully launched this model for the first time ever by a Greek virtual airline and it gives the pilot the chance to be part of the airline's progress through his/her activity.

Direct and indirect operating costs of a flight such as fuel, aircraft cleaning, landing taxes, etc

What do you need?

To join Cargo you need to meet the following requirements

complete a checkride to assess your basic flying skills by executing a small flight under IFR rules and ATC. 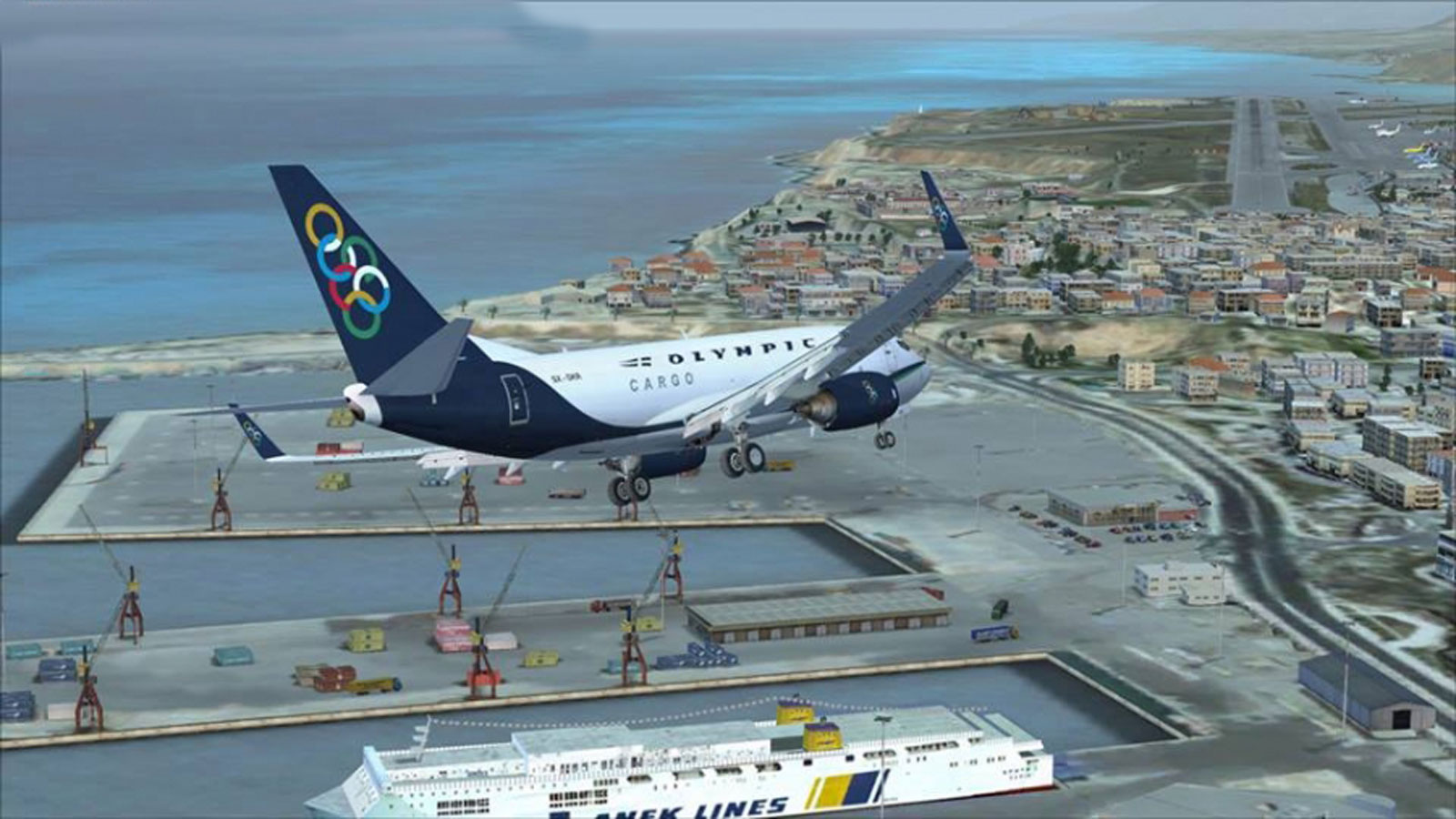 The B737-700C is a converted version where the passenger seats are removed so that the whole cabin can be used as cargo space. There is large cargo door on the left side of the fuselage.

The Boeing 747 is a wide-body commercial airliner and cargo transport aircraft, often referred to by its original nickname, Jumbo Jet, or Queen of the Skies. It is among the world's most recognizable aircraft and was the first wide-body ever produced. Manufactured by Boeing's Commercial Airplane unit in the United States, the original version of the 747 was two and a half times larger in capacity than the Boeing 707, one of the common large commercial aircraft of the 1960s. First flown commercially in 1970, the 747 held the passenger capacity record for 37 years 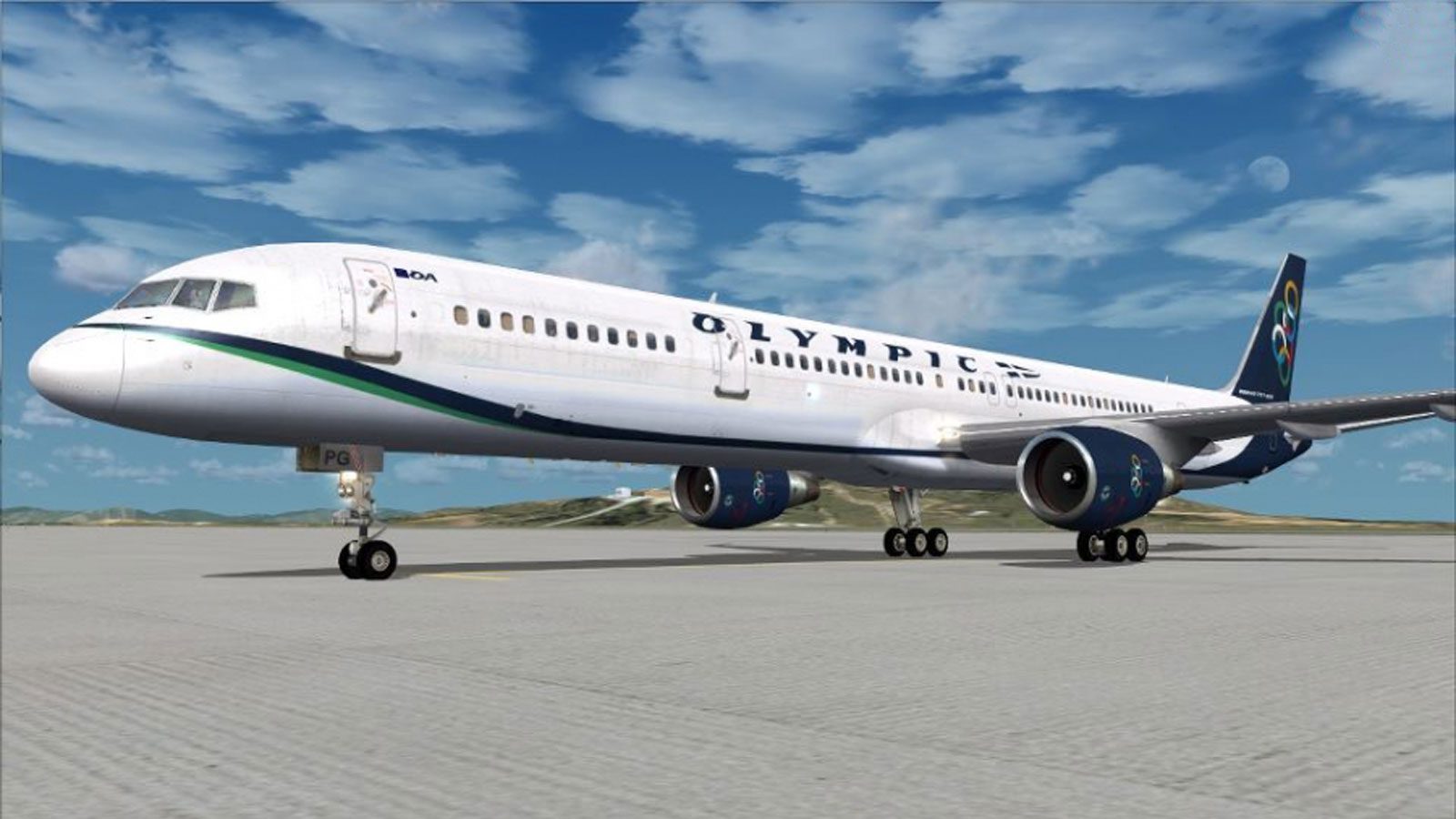 The Boeing 757 is a mid-size, narrow-body twin-engine jet airliner that was designed and built by Boeing Commercial Airplanes. It is the manufacturer's largest single-aisle passenger aircraft and was produced from 1981 to 2004. The twinjet has a two-crew member glass cockpit, turbofan engines, a conventional tail and, for reduced aerodynamic drag, a supercritical wing design. Intended to replace the smaller three-engine 727 on short and medium routes, the 757 can carry 200 to 289 passengers for a maximum of 3,150 to 4,100 nautical miles (5,830 to 7,600 km), depending on variant. The 757 was designed concurrently with a wide-body twinjet, the 767, and owing to shared features pilots can obtain a common type rating that allows them to operate both aircraft 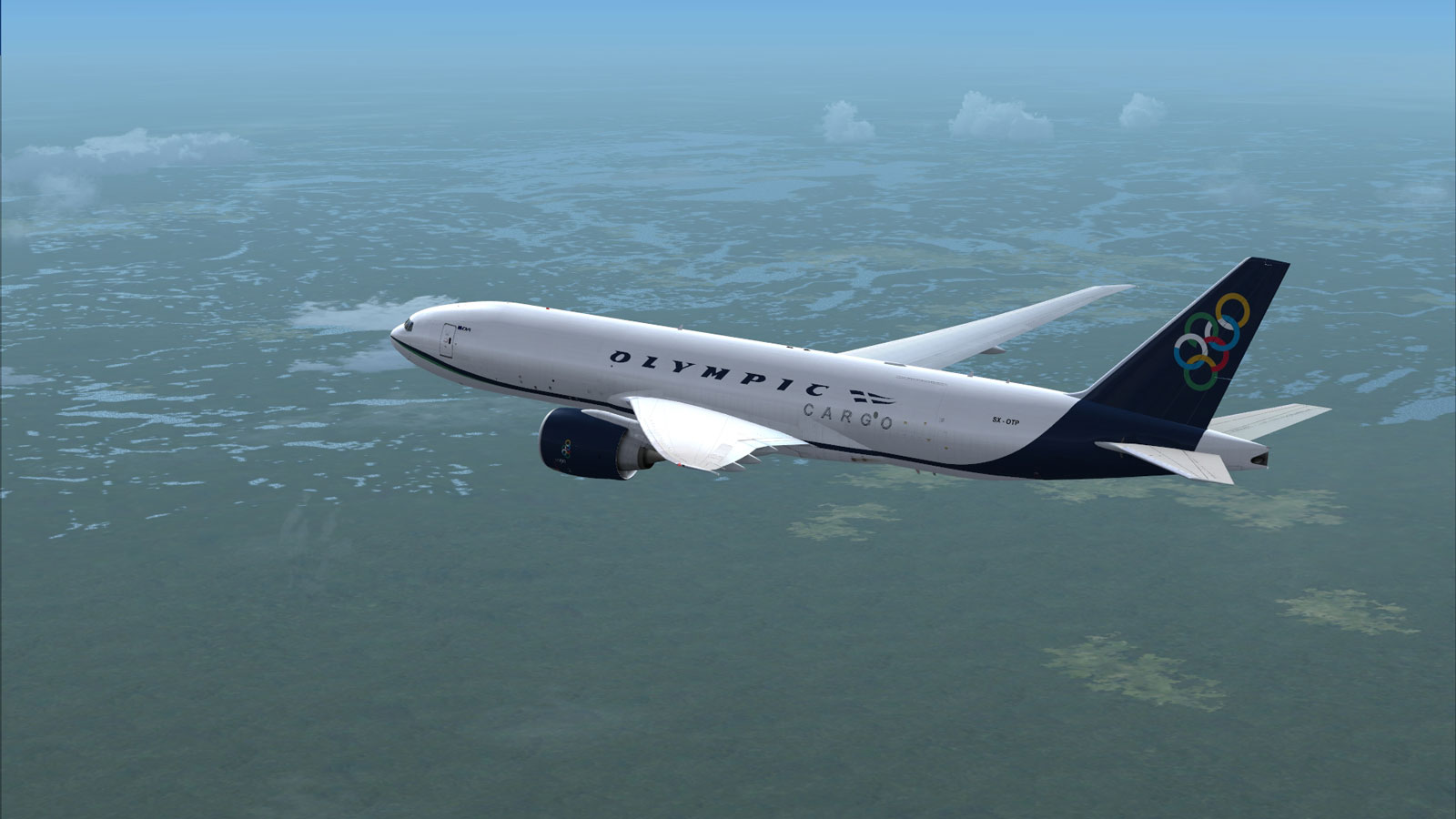 The Boeing 777 is a long-range wide-body twin-engine jet airliner manufactured by Boeing Commercial Airplanes. It is the world's largest twinjet and has a typical seating capacity for 314 to 451 passengers, with a range of 5,235 to 9,380 nautical miles (9,695 to 17,370 km), depending on the version. Commonly referred to as the "Triple Seven", its distinguishing features include the largest-diameter turbofan engines of any aircraft, six wheels on each main landing gear, a circular fuselage cross-section and a blade-shaped tail cone. Developed in consultation with eight major airlines, the 777 was designed to replace older wide-body airliners and bridge the capacity difference between the 767 and 747. As Boeing's first fly-by-wire airliner, it has computer-mediated controls; it is also the first entirely computer-designed commercial aircraft. 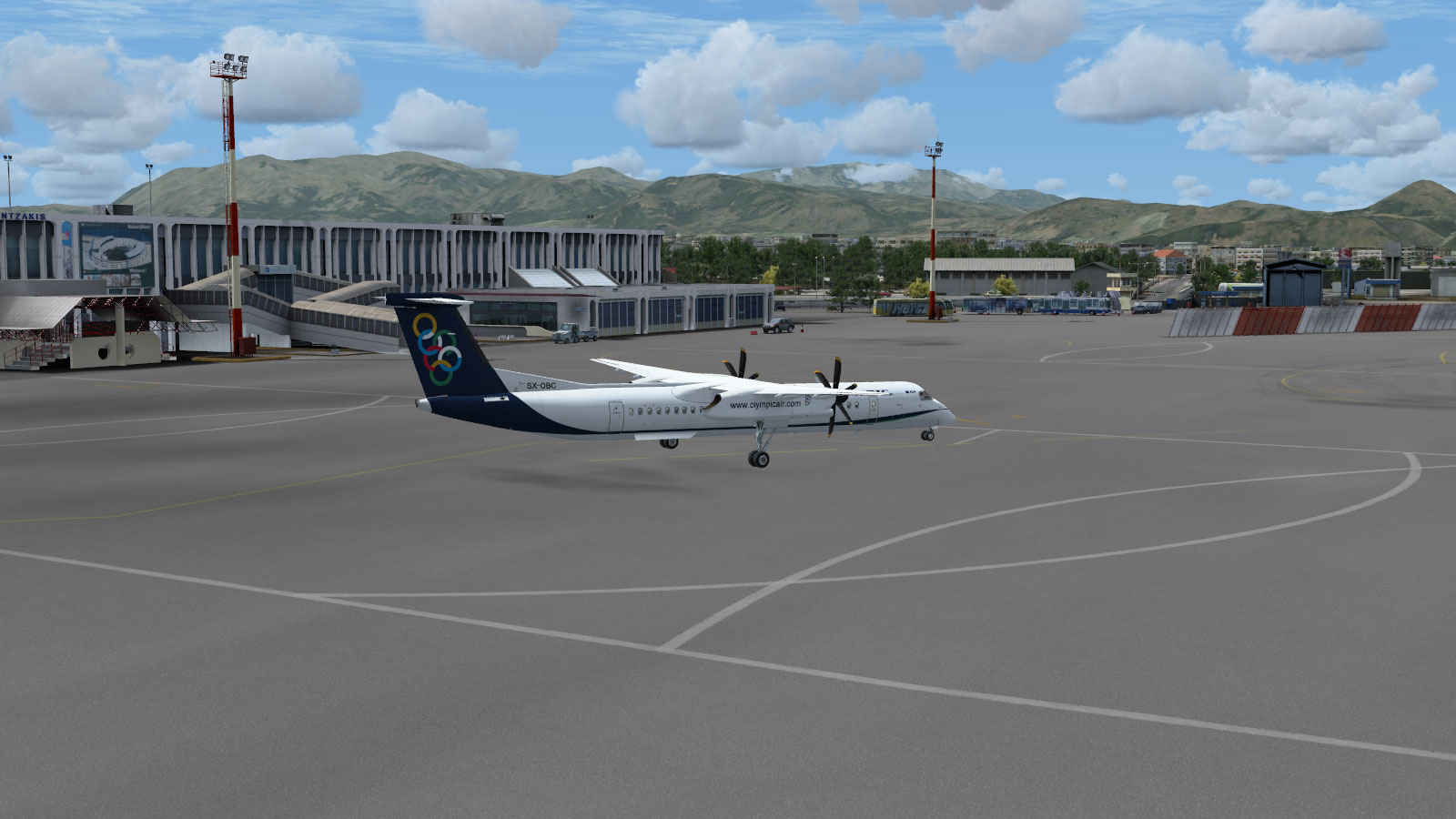 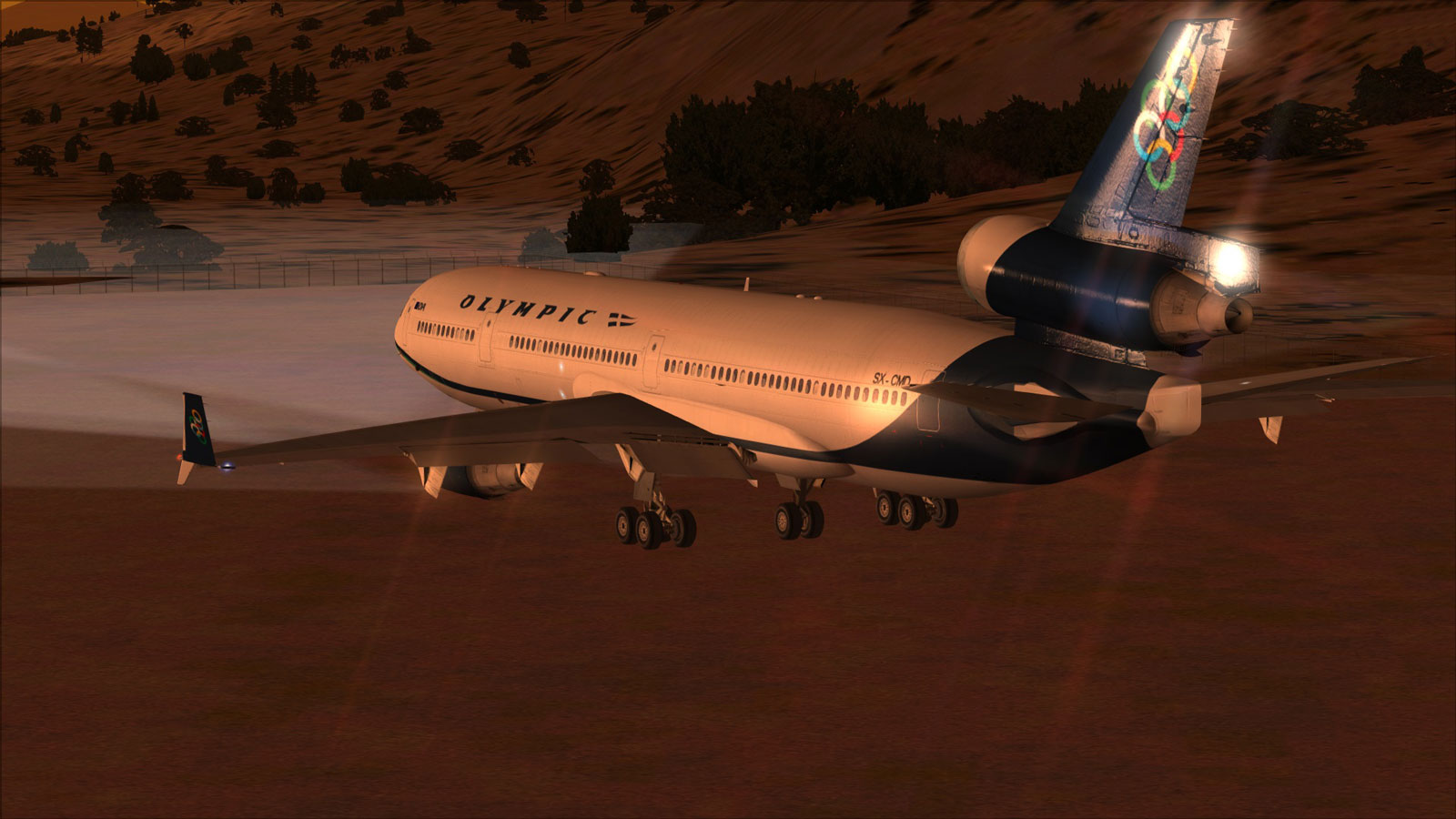 The McDonnell Douglas MD-11 is a three-engine medium- to long-range widebody jet airliner, manufactured by McDonnell Douglas and, later, by Boeing Commercial Airplanes. Based on the DC-10, it features a stretched fuselage, increased wingspan with winglets, refined airfoils on the wing and smaller tailplane, new engines and increased use of composite materials. Two of its engines are mounted on underwing pylons and a third engine at the base of the vertical stabilizer. It also features an all-digital glass cockpit that decreases the flight deck crew from the three required on the DC-10 to two by eliminating the necessity for a flight engineer. 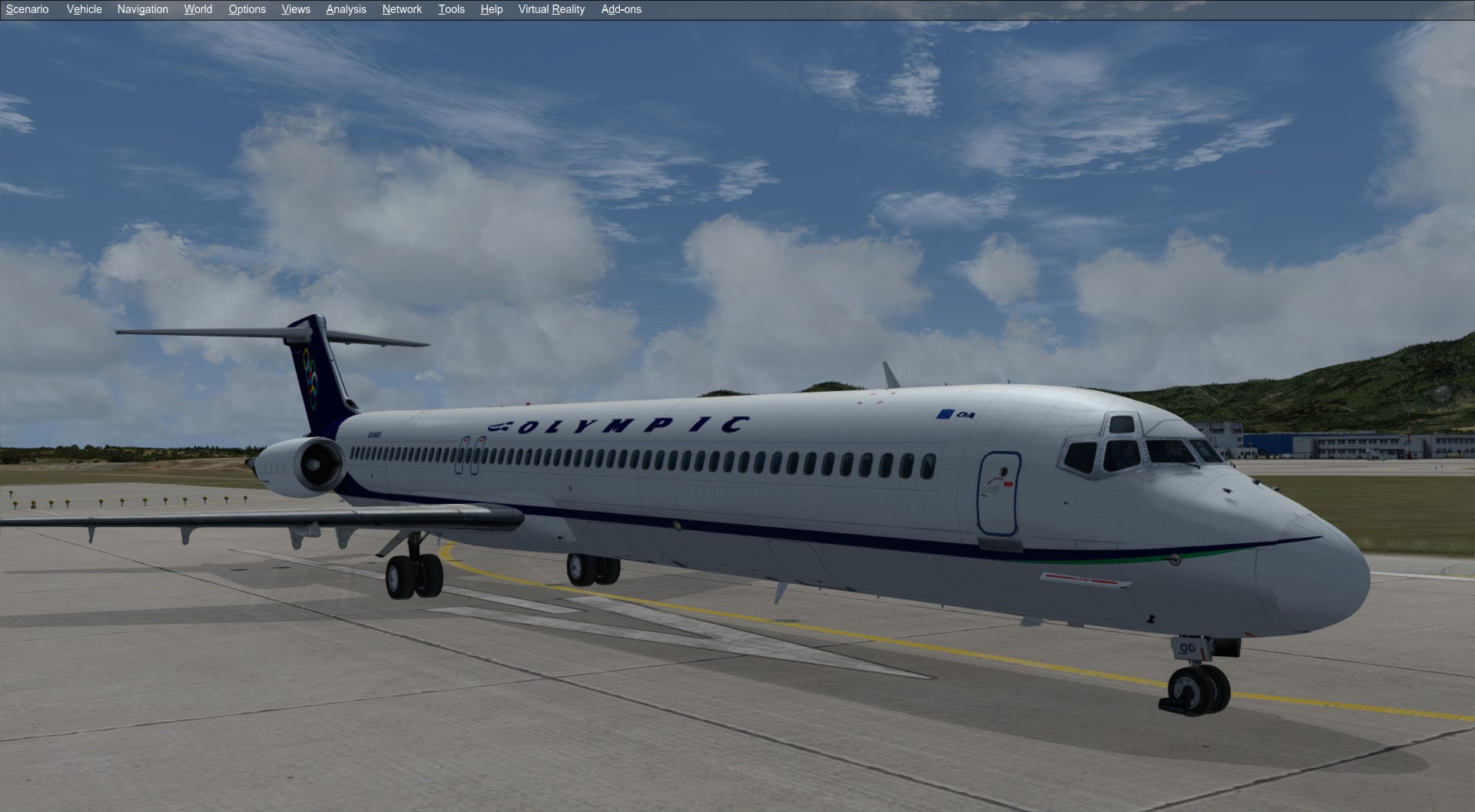 The McDonnell Douglas MD-80 is a series of twin-engine, short- to medium-range, single-aisle commercial jetliners. It was lengthened and updated from the DC-9. This series can seat from 130 to 172 passengers depending on variant and seating configuration. 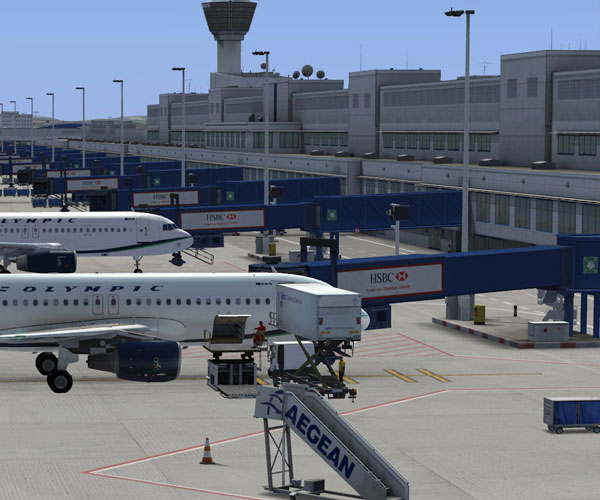 Athens International Airport "Eleftherios Venizelos" (Diethnís Aeroliménas Athinón "Elefthérios Venizélos"; (IATA: ATH, ICAO: LGAV), began operation on March 29, 2001 and is the primary civilian airport that serves the city of Athens and the region of Attica. The airport is the major hub and base of Aegean Airlines and Olympic Air. The airport serves more than 14 million travellers annually and its name honours the Greek statesman Eleftherios Venizelos. As of late 2011, the airport is the thirtieth busiest airport in Europe

Cologne Bonn Airport (IATA: CGN, ICAO: EDDK) is the international airport of Germany's fourth largest city,Cologne and also serves the former German capital, Bonn. With around 10.3 million passengers passing through it in 2015, it is the seventh largest passenger airport in Germany and the third largest in terms of cargo operations. By traffic units, which combines cargo and passengers, the airport is in fifth position in Germany 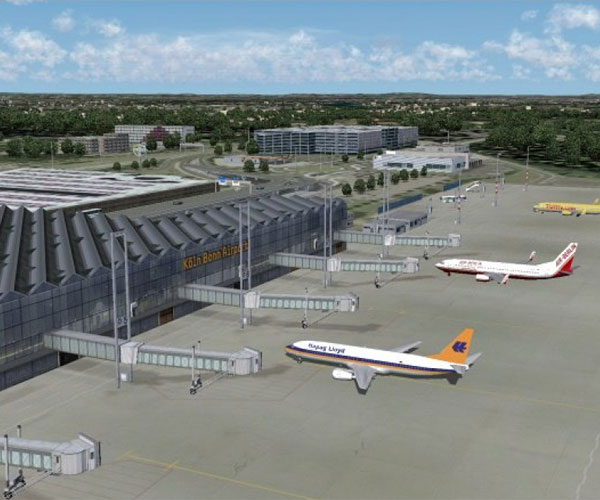 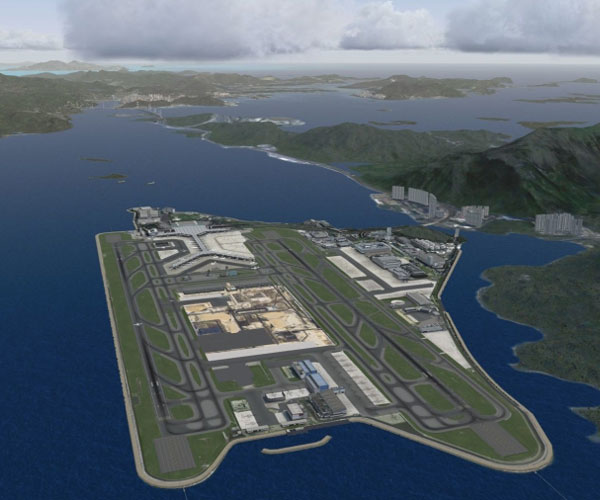 Hong Kong International Airport (IATA: HKG, ICAO: VHHH) is the main airport in Hong Kong. It is located on the island of Chek Lap Kok, which largely comprises land reclaimed for the construction of the airport itself. The airport is also colloquially known as Chek Lap Kok Airport. The airport has been in commercial operation since 1998, replacing the Kai Tak Airport. It is an important regional trans-shipment centre, passenger hub and gateway for destinations in Mainland China (with 45 destinations) and the rest of Asia. The airport is the world's busiest cargo gateway and one of the world's busiest passenger airports

Miami International Airport  (IATA: MIA, ICAO: KMIA, FAA LID: MIA), also known as MIA and historically as Wilcox Field, is the primary airport serving the Miami area. The airport is in an unincorporated area in Miami-Dade County, Florida, 8 miles (13 km) northwest of Downtown Miami, in metropolitan Miami,[2] between the cities of Miami, Hialeah, Doral, Miami Springs, the village of Virginia Gardens, and the unincorporated Fontainebleau neighborhood.

It is South Florida's main airport for long-haul international flights and a hub for the Southeastern United States, with passenger and cargo flights to cities throughout the Americas, Europe and Western Asia, as well as cargo flights to East Asia. It is the largest gateway between the United States and south to Latin America, and is one of the largest airline hubs in the United States, owing to its proximity to tourist attractions, local economic growth, large local Latin American and European populations, and strategic location to handle connecting traffic between North America, Latin America, and Europe. 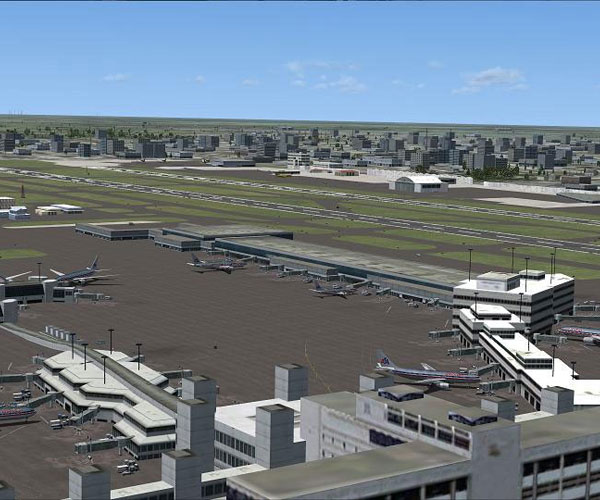 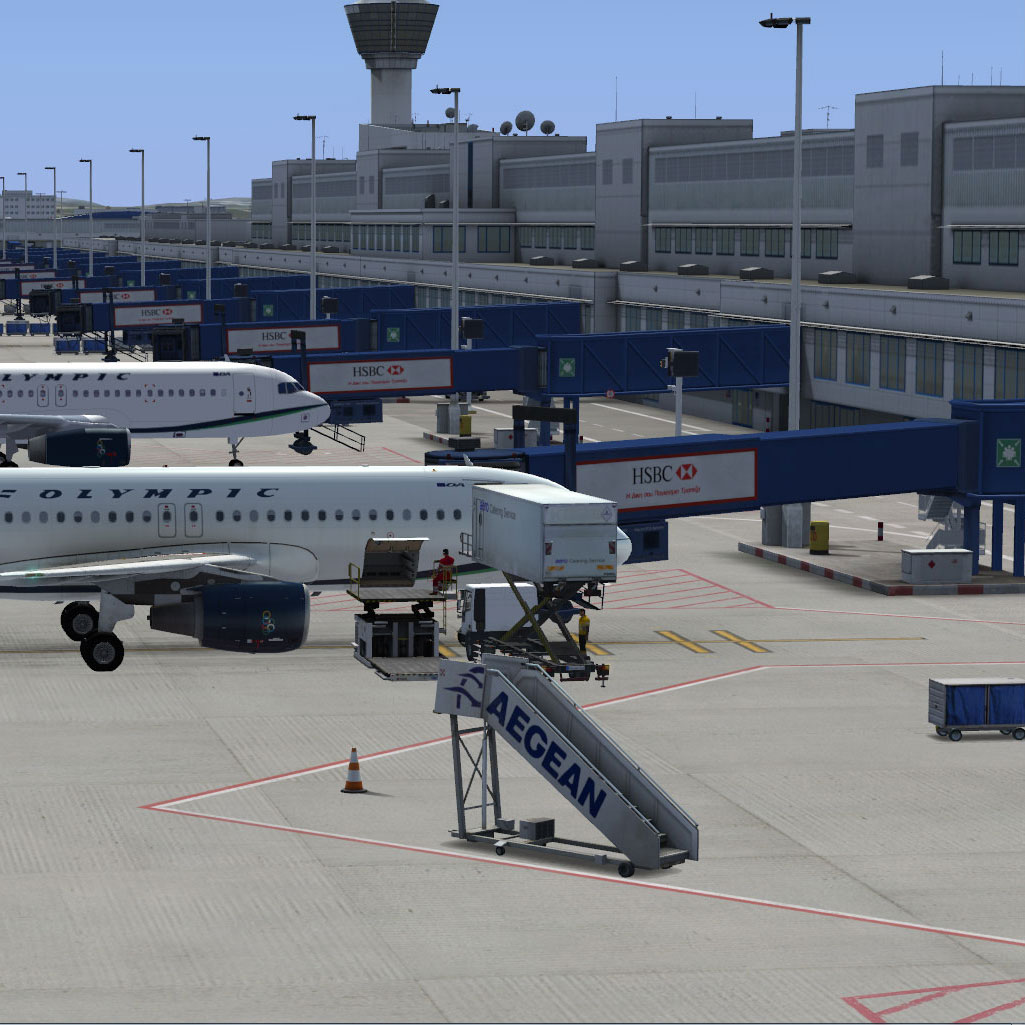