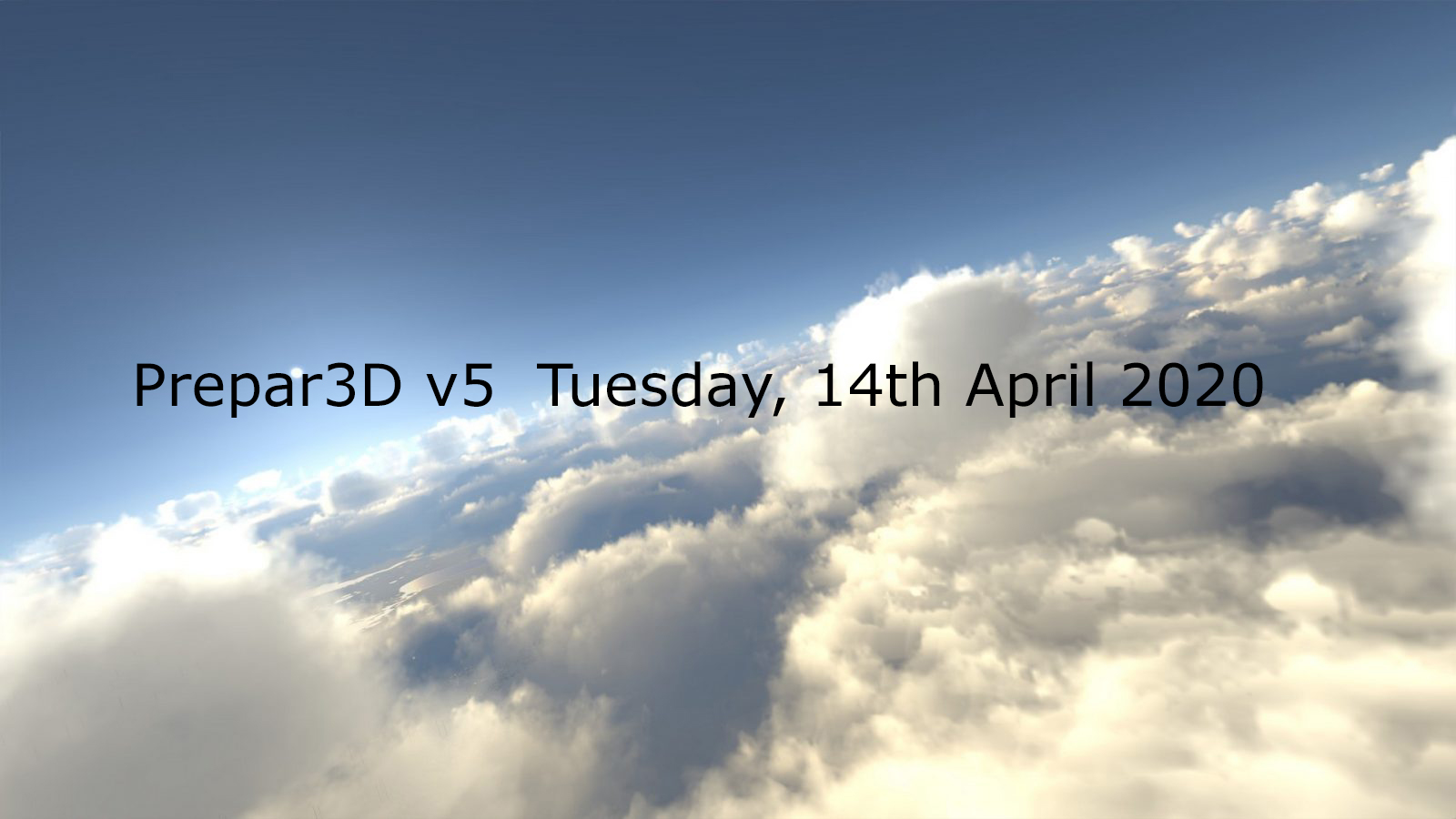 Lockheed Martin’s Prepar3D v5 will release next week on Tuesday, April 14th 2020. This is the first time the public world has seen the new simulator in action and we can also reveal some of the next-generation features coming to the platform upon release.

Lockheed Martin has described Prepar3D v5 being the first step in an all-new platform built for the next-generation of simulation and training. New technology and capabilities lead the way in providing an immersive and performance-driven simulator. Harnessing the latest graphical technologies, Lockheed Martin’s Prepar3D v5 will use the DirectX 12 rendering engine to bring much-improved performance and stability for the Prepar3D platform.

The new rendering engine isn’t the only new technology within Prepar3D v5, as Lockheed Martin will be using an all-new groundbreaking visual weather platform to include volumetric clouds, localized precipitation and new atmospheric haze. This technology has been built using Simul’s trueSKY.

nother popular community requested feature is the inclusion of sloped runways with full AI support. Lockheed Martin has heard the calls from developers and community members alike and have reworked how airports are in the simulator to now include sloped runways. The entire globe has been updated to include the latest geographical data, which includes updated taxiways, runway assignments and more to default airports within the world of Prepar3D. In addition, the default airports now all feature PBR materials for extra realism. In our exclusive interview, we can also reveal that the new default airport will be Randolph Airforce Base in Texas, which was developed by Orbx.

The final major change to the new platform is the inclusion of all-new aircraft with the base simulator. The Lockheed Martin Civilian Utility Aircraft and the F-35B developed by IndiaFoxtEcho with representative STOVL capabilities have both been added to give you a new challenge.

ver the coming week, we’ll be creating a range of content in preparation for release, how to get started and also putting together an add-on compatibility list. Stayed tuned to FSElite for more on Lockheed Martin’s Prepar3D v5.